A SELF – GUIDED WALKING TOUR

Architect: John Turner:  Architectural features to note:   The original portion of this Church building is a front gable, with a modern metal roof.   Six Bay walls of clerestory and the aisle walls are separated by stepped brick buttresses with stone caps, front façade corners and chancel corners have diagonal buttresses.   The exterior walls are constructed in white brick lain in the Flemish bond pattern; stone crucifix and arch door head.   The east transept has a diagonal corner wall – the finial sit in stone coping on the tops of gable walls.   When the Bell Tower was added, the original gable roof and the pointed arch door porch on Albion Street were likely moved to the West Street (east aisle) entrance and reconstructed.    The west aisle entrance is very similar with diagonal buttresses but with a four centre with a pointed arch doorway that has been bricked-in which rises in a concave, ribbed arch to the east gable corner.   A modern building connects the west transom with the Parish Hall.   When the new church was erected and the frame one was moved to the rear, next to Pearl Street, services were held in it while the new brick edifice was being built.

The land adjoining the first church was used as a cemetery, so many of the bodies were re-interred close to the building while some were taken to Greenwood Cemetery.   Only one remains under the church; that of a Mr. Richardson, father of Mrs. Henry Racey.  It was Mr. Racey who, in 1852, established “The Expositor” in Brantford.  On May 13, 1872 a motion was passed forbidding any more burials in the church grounds.

We hope you enjoyed your tour and your visit with us and some of our history.

We welcome you graciously. 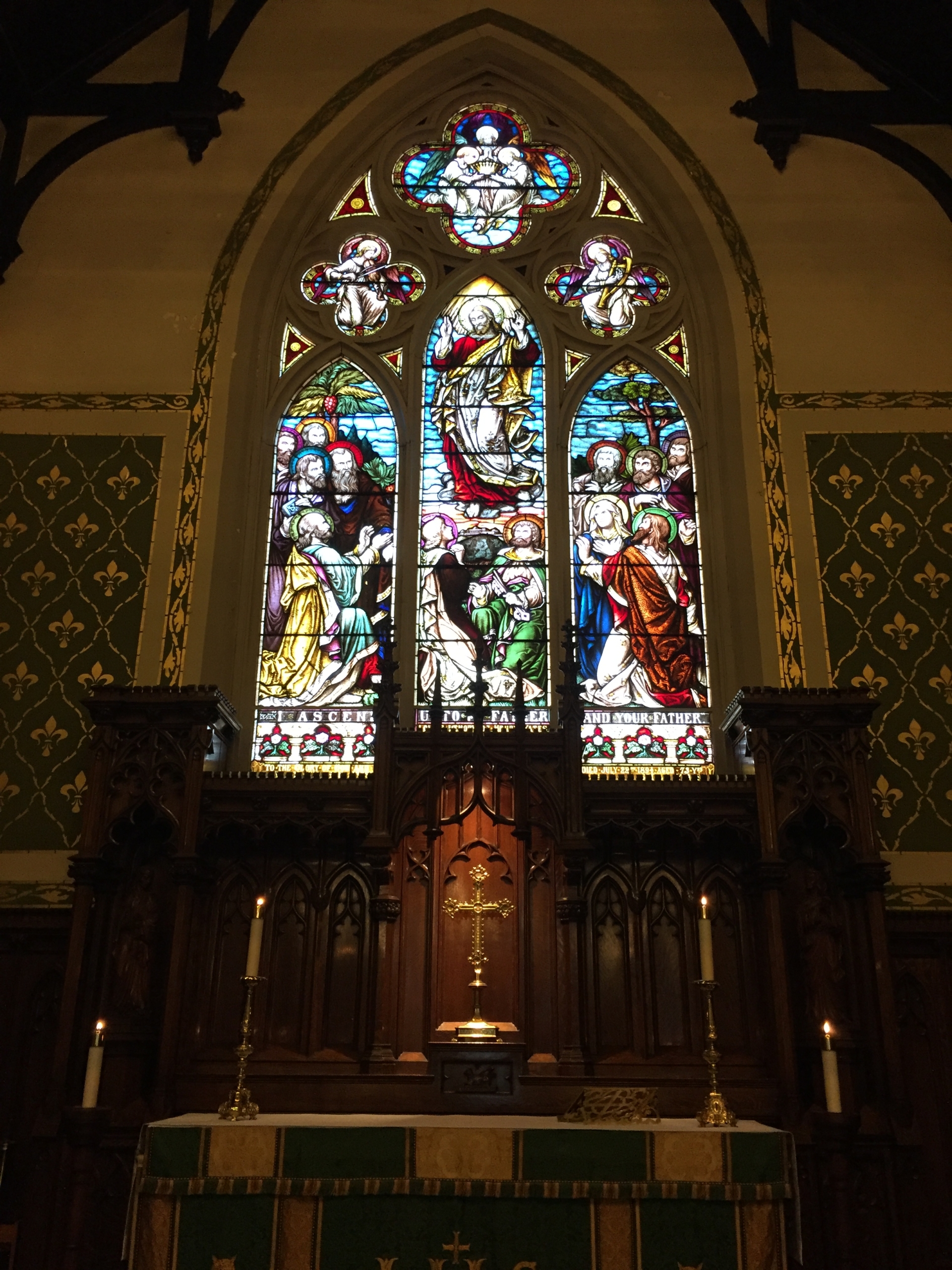 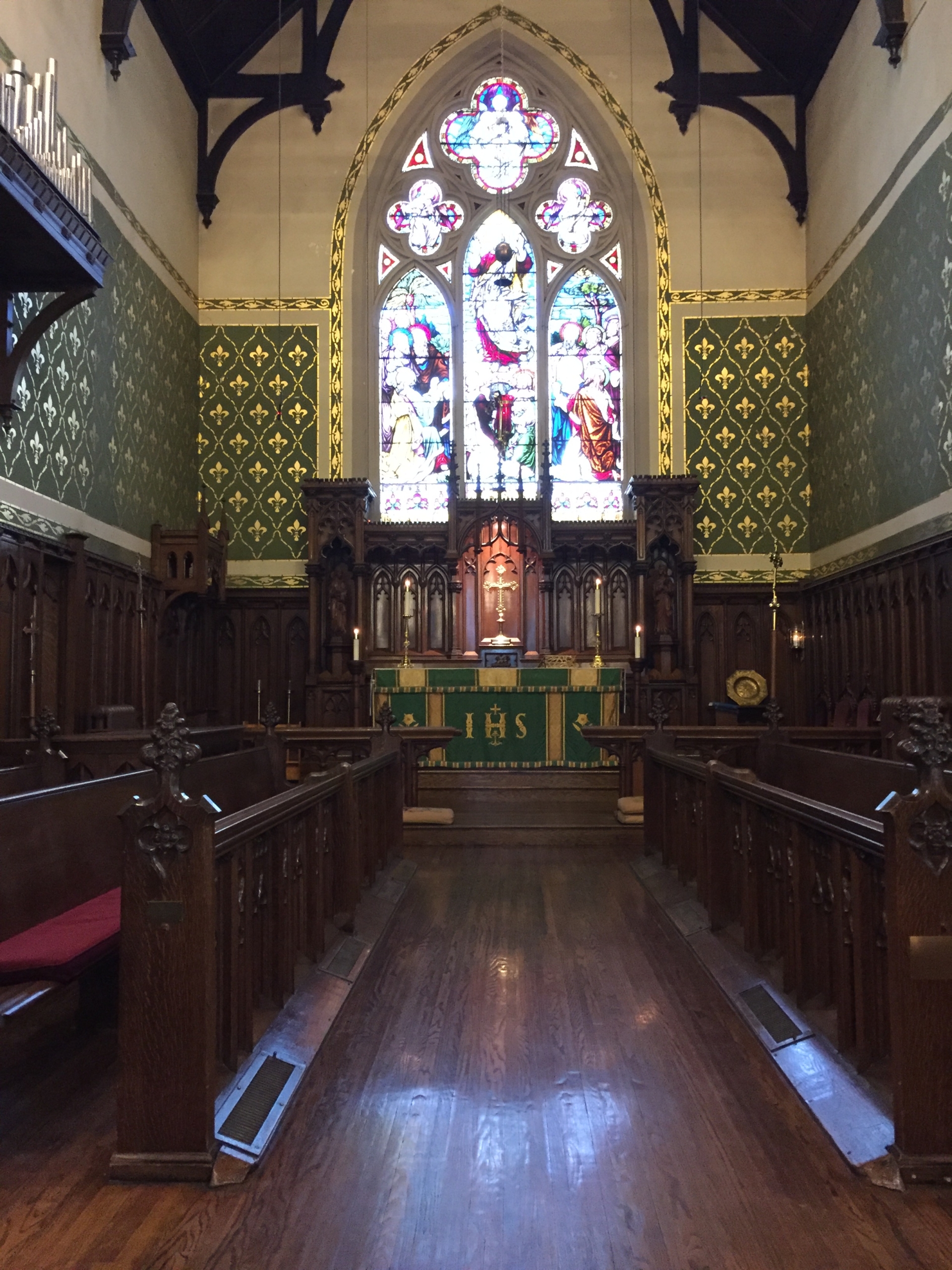 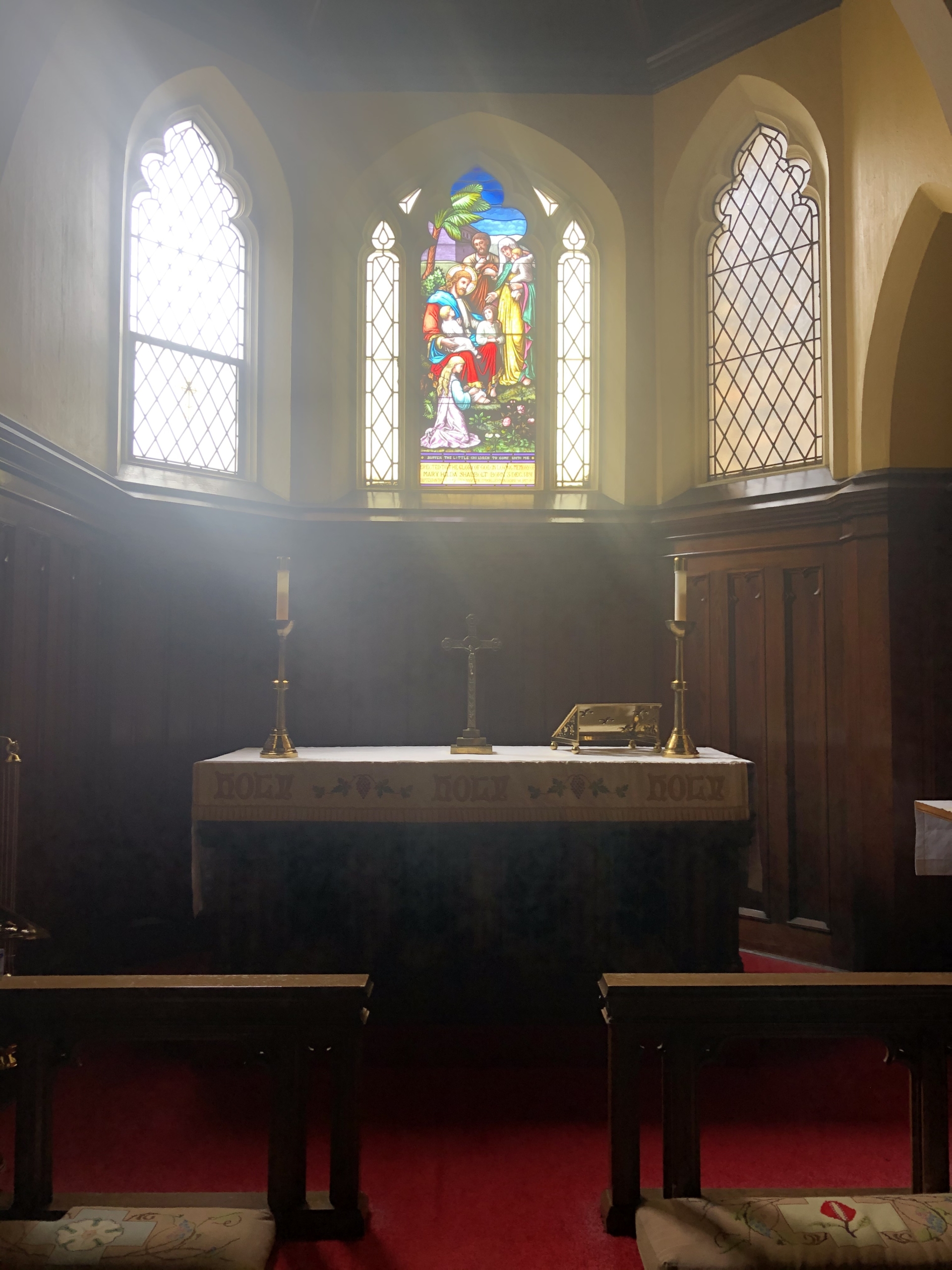 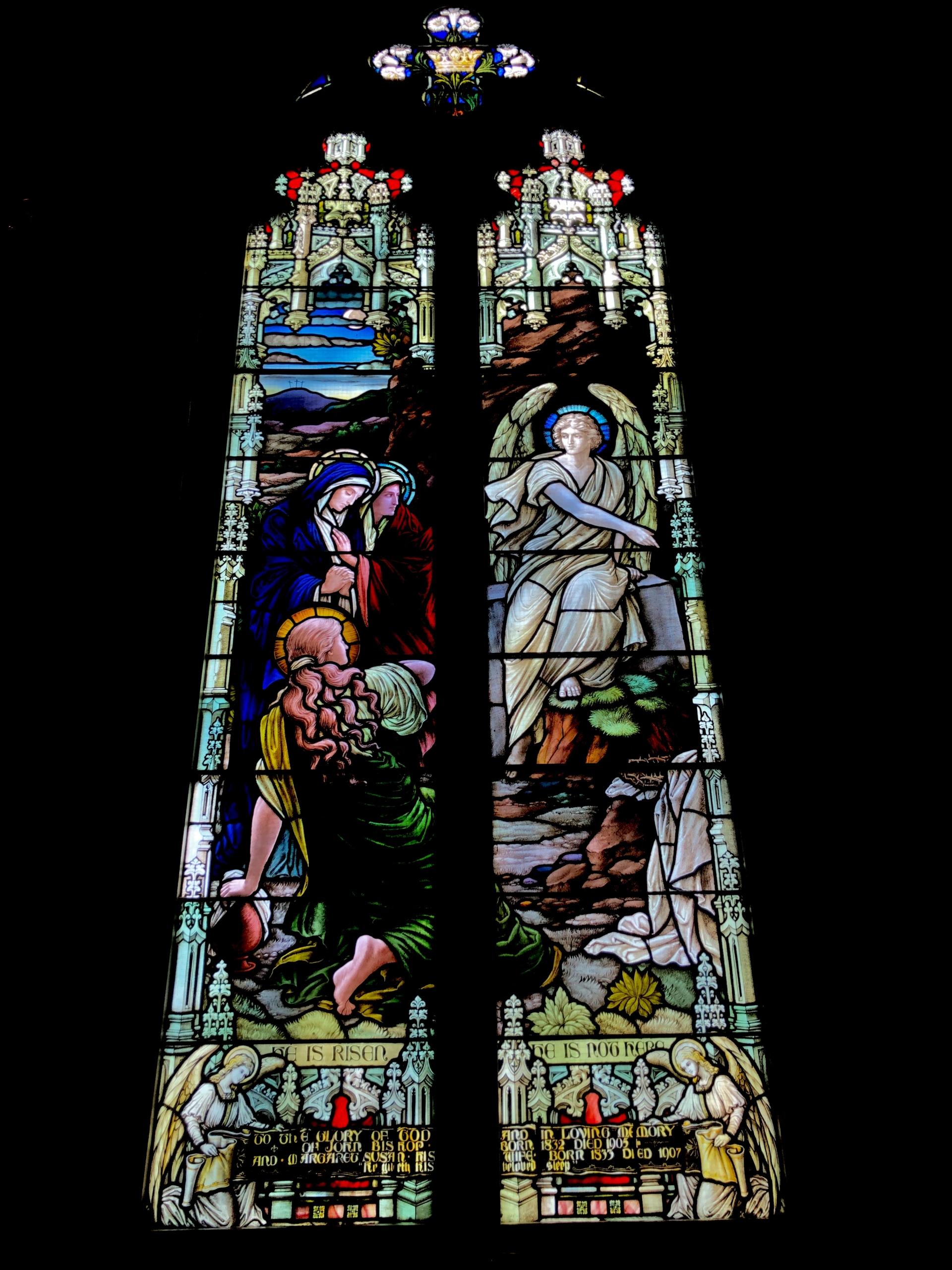 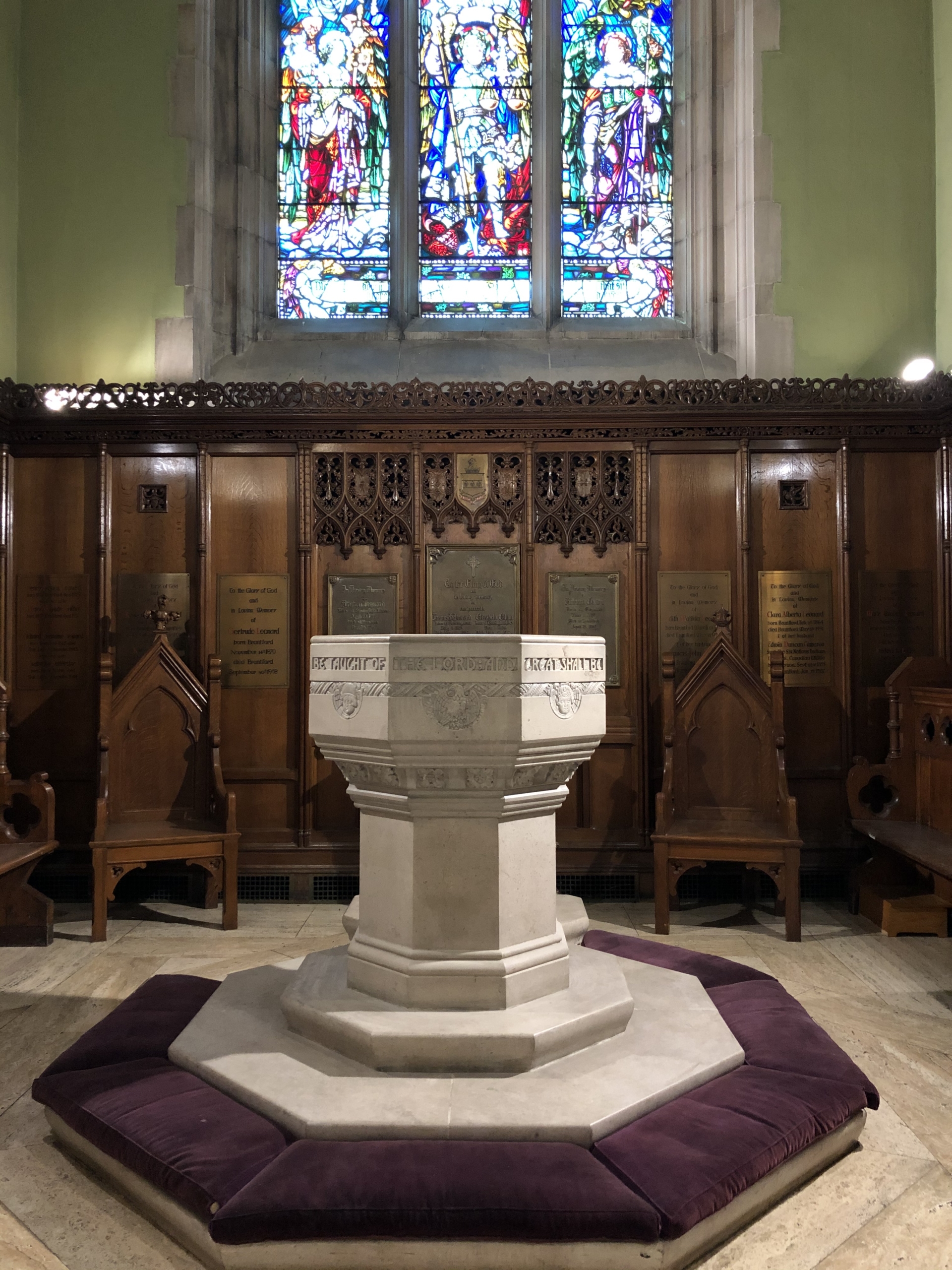 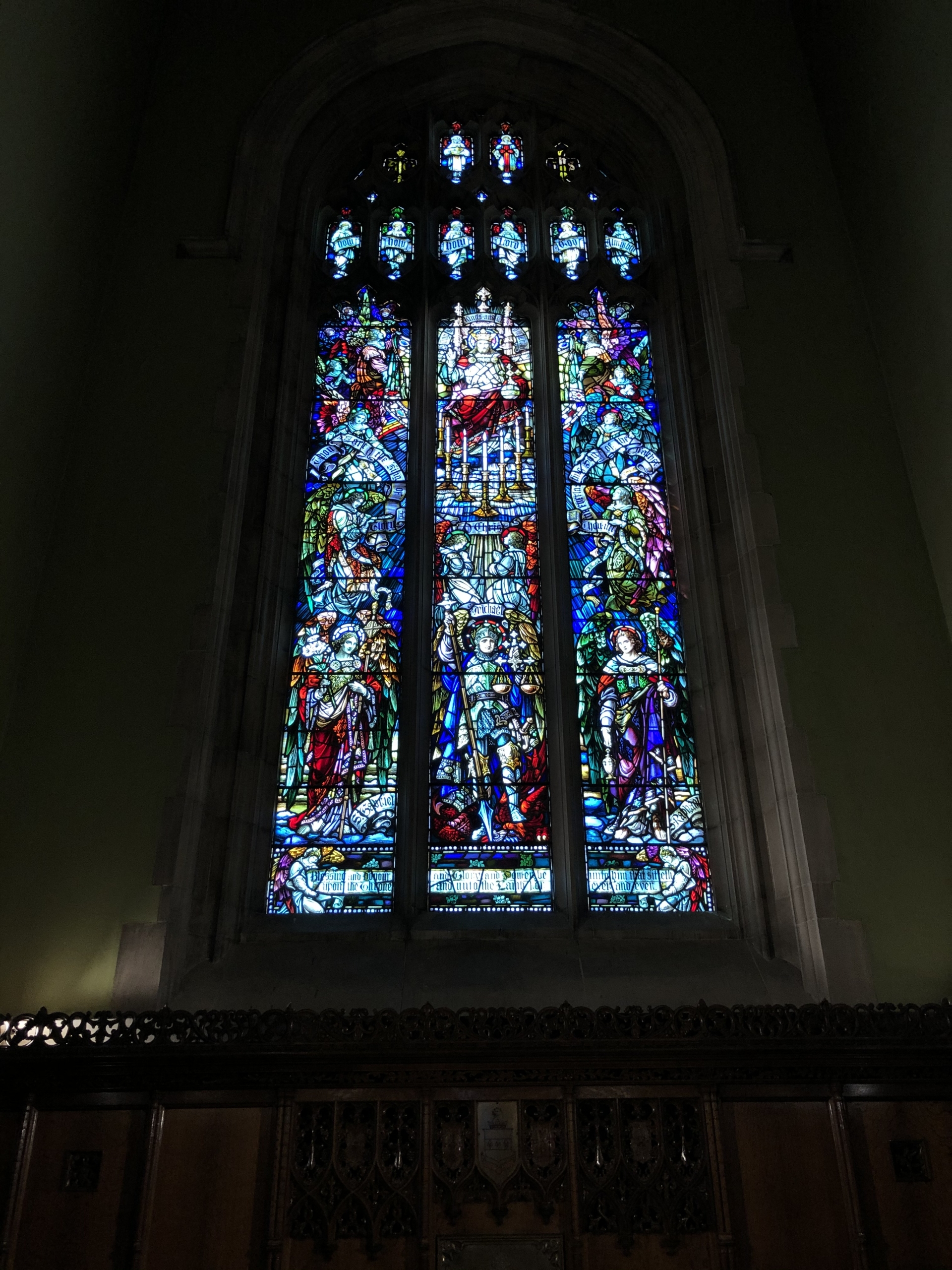 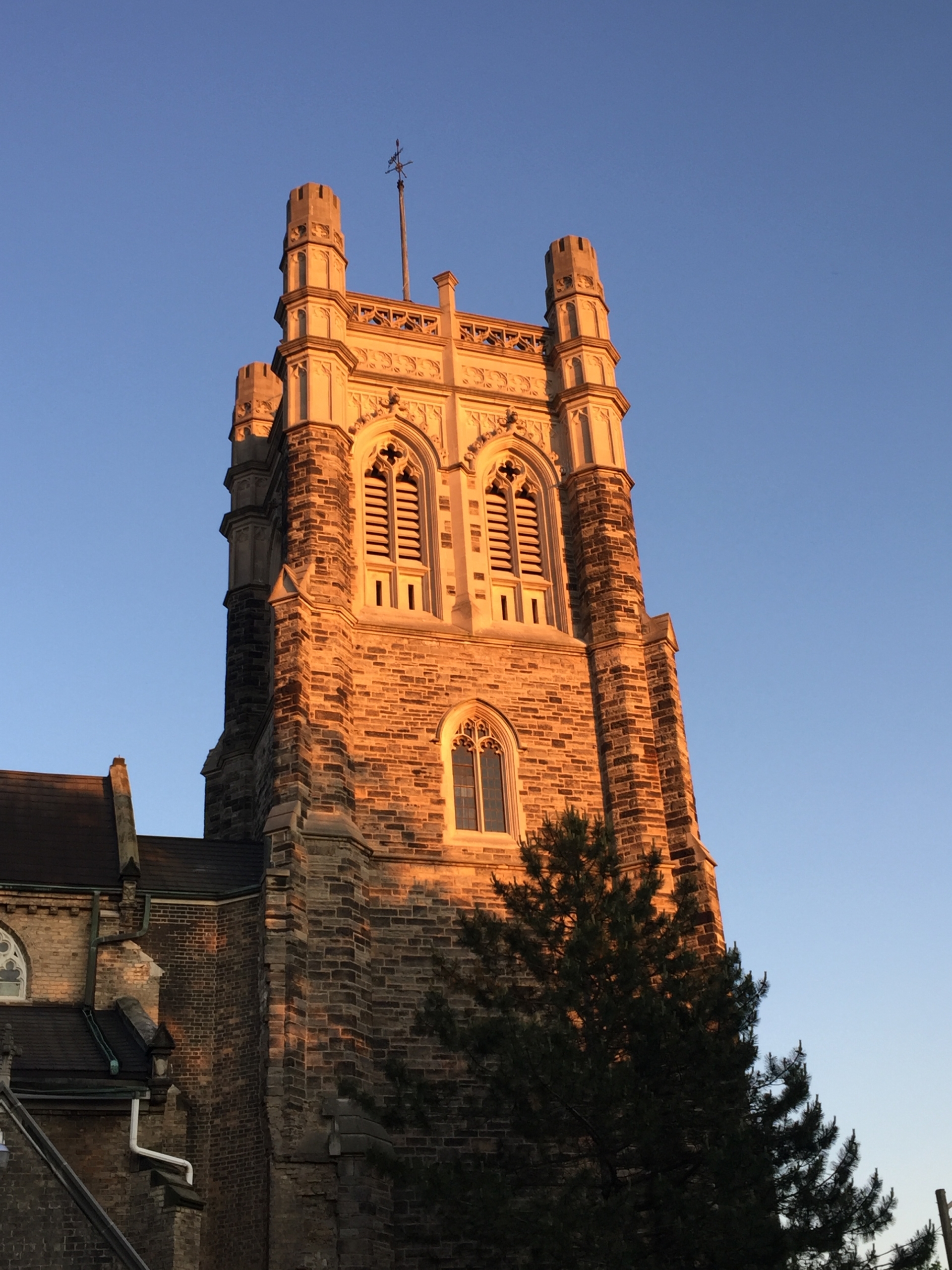 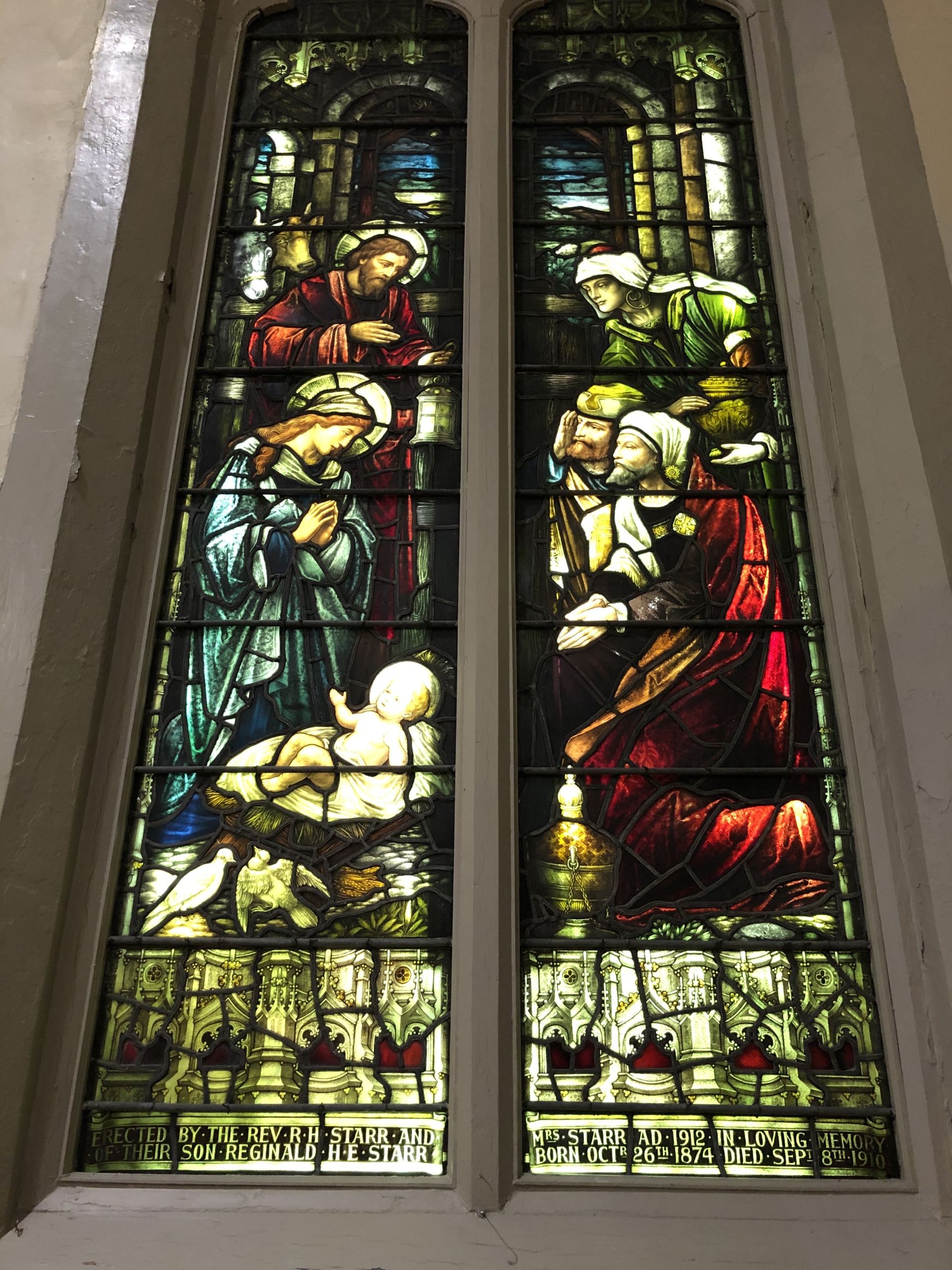 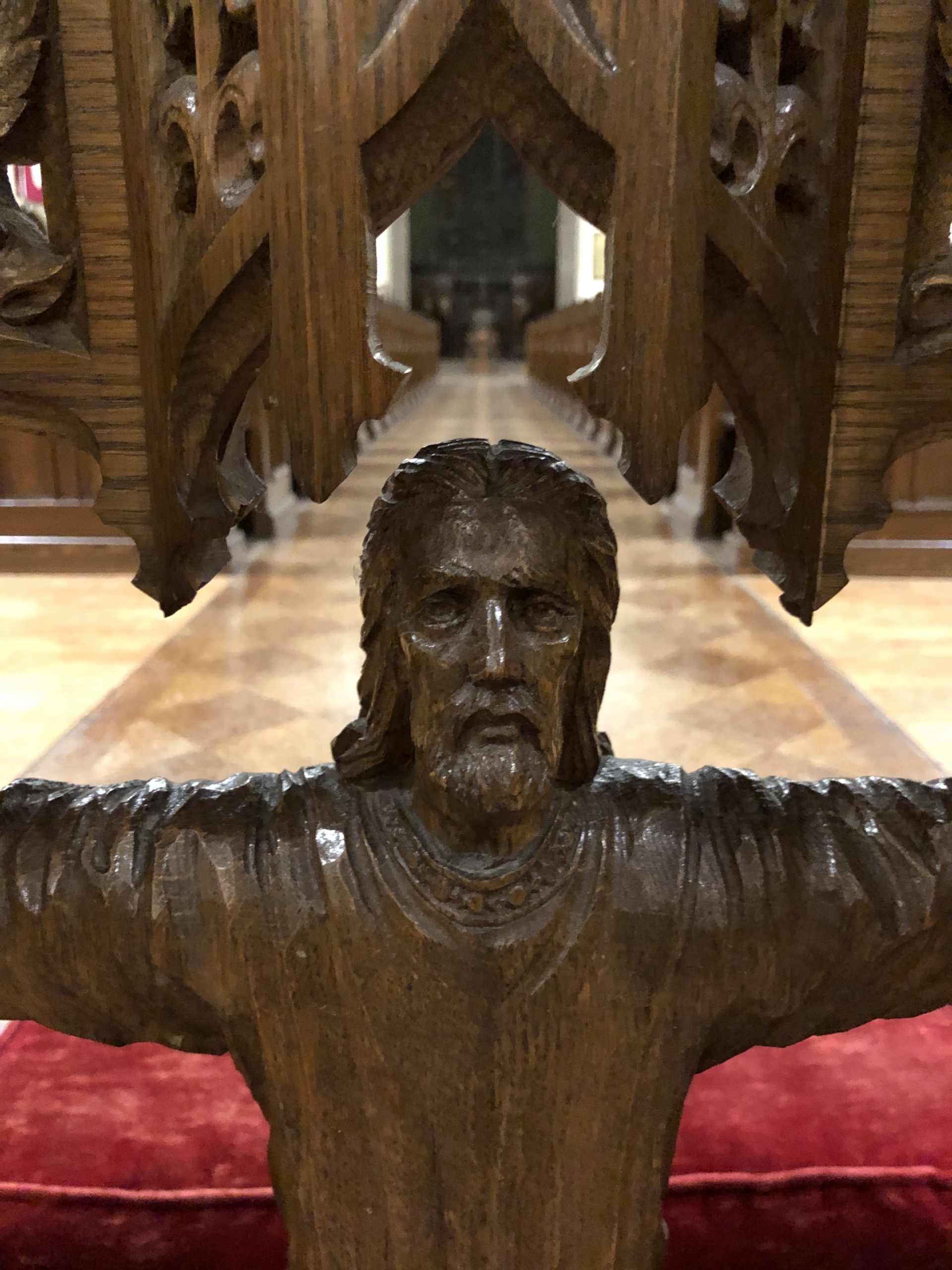 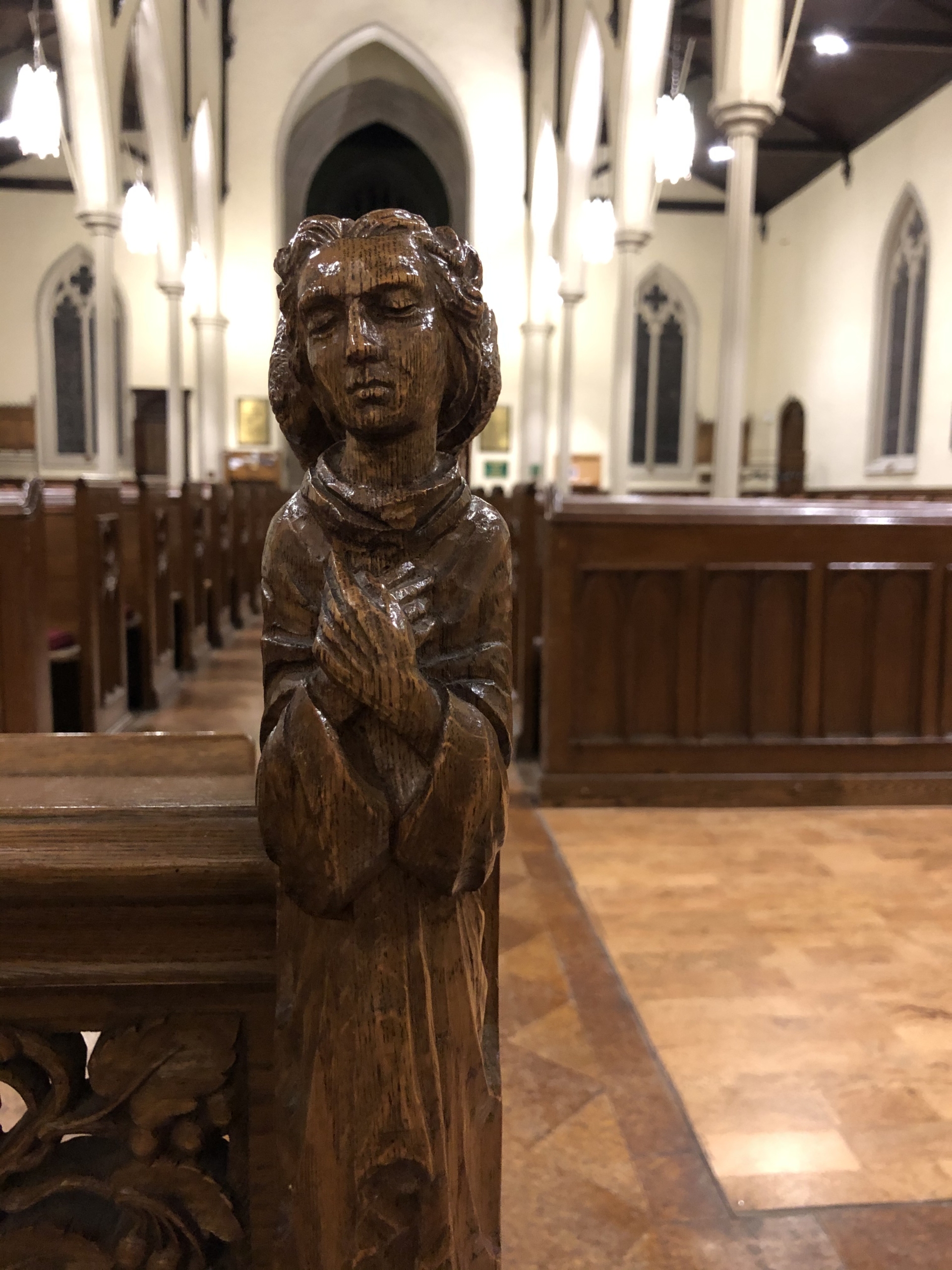 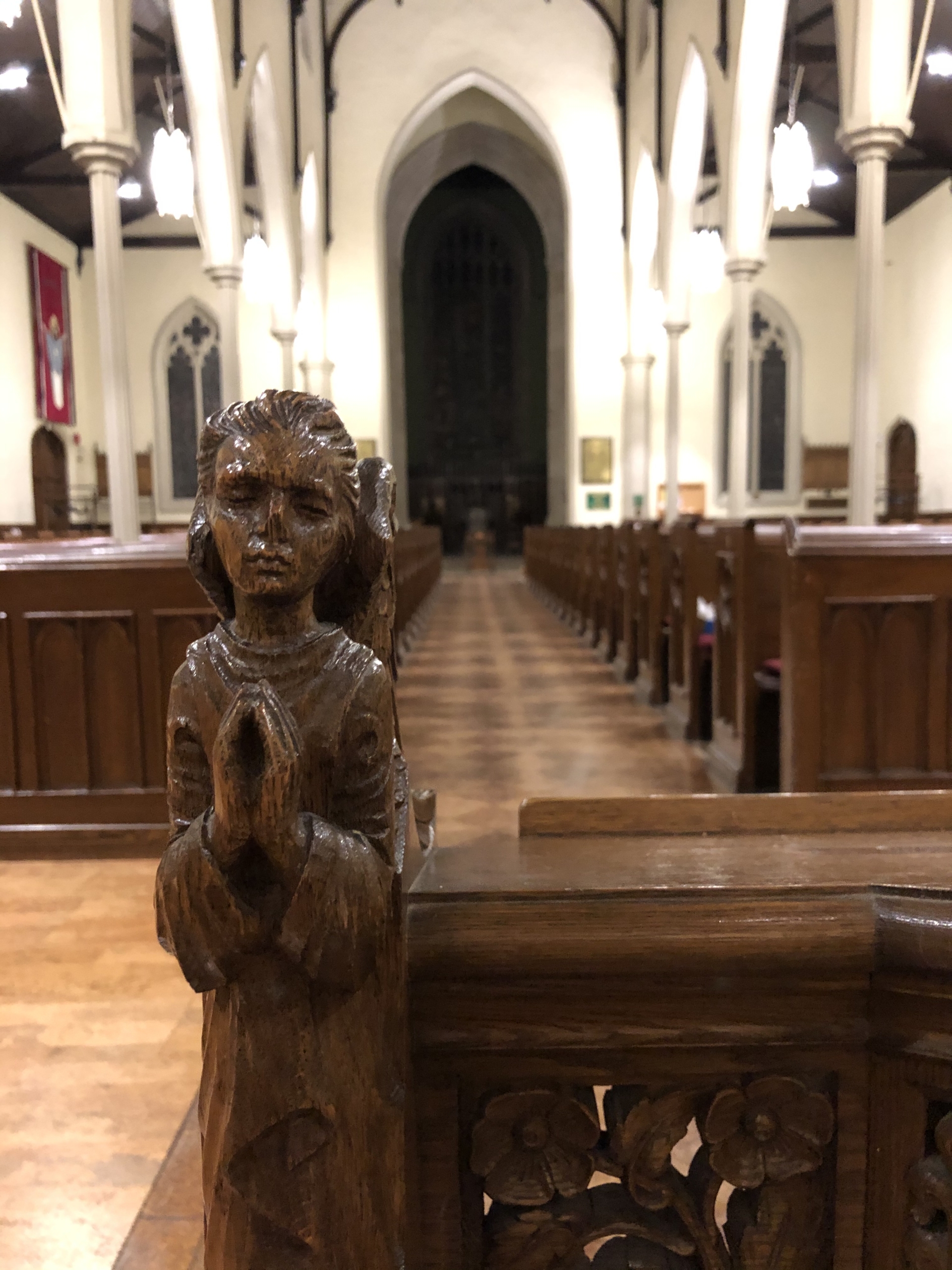 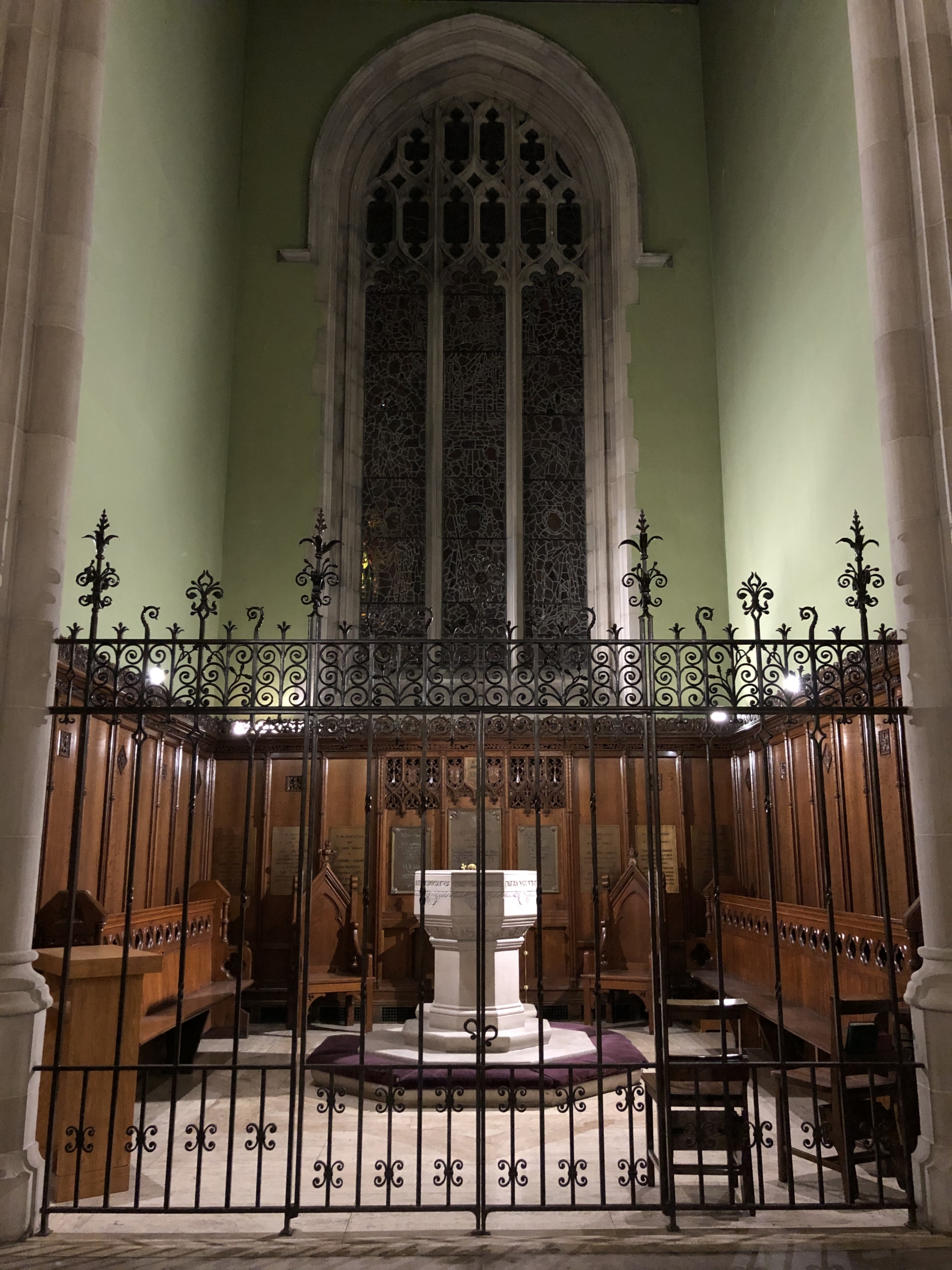 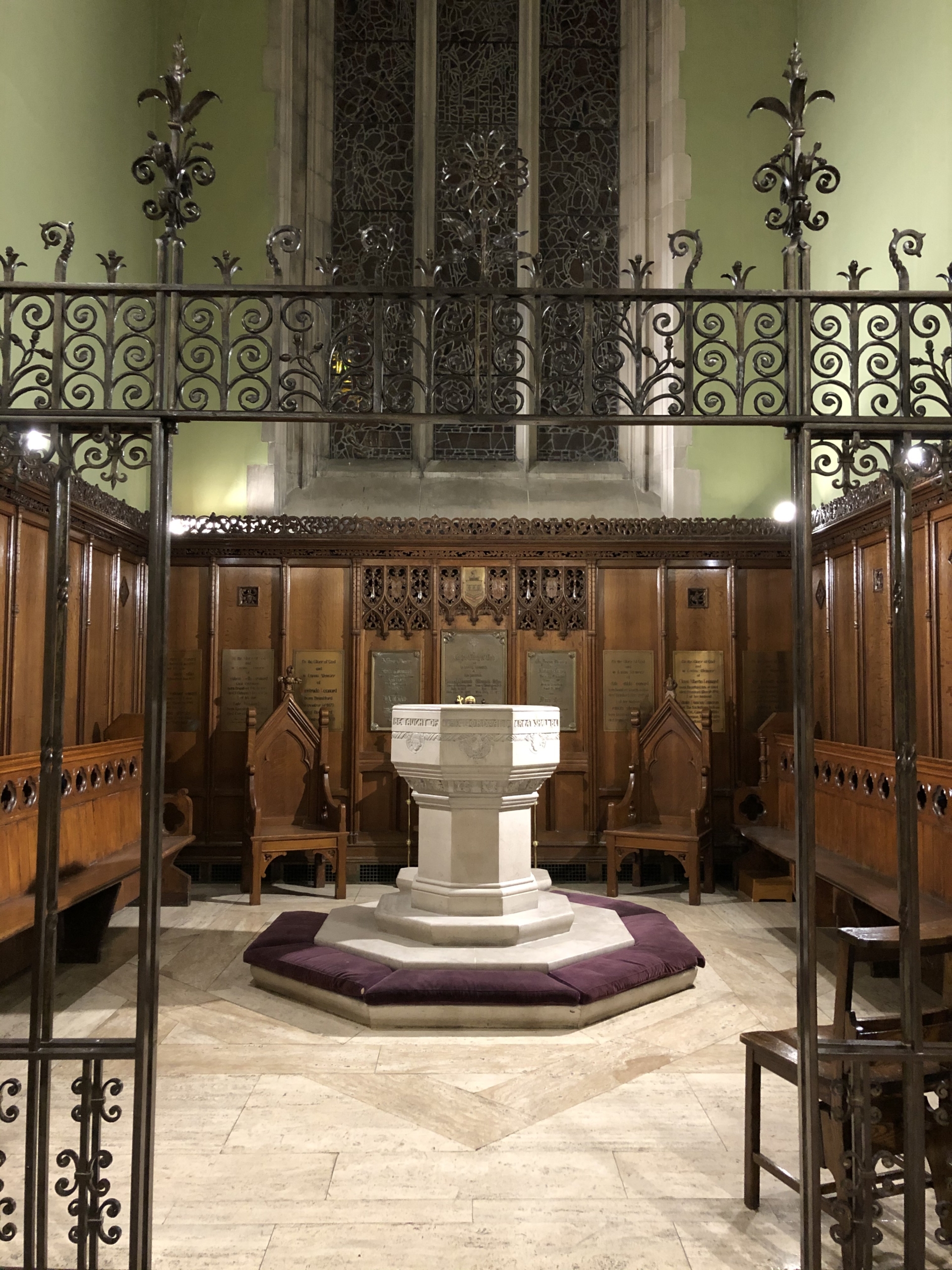 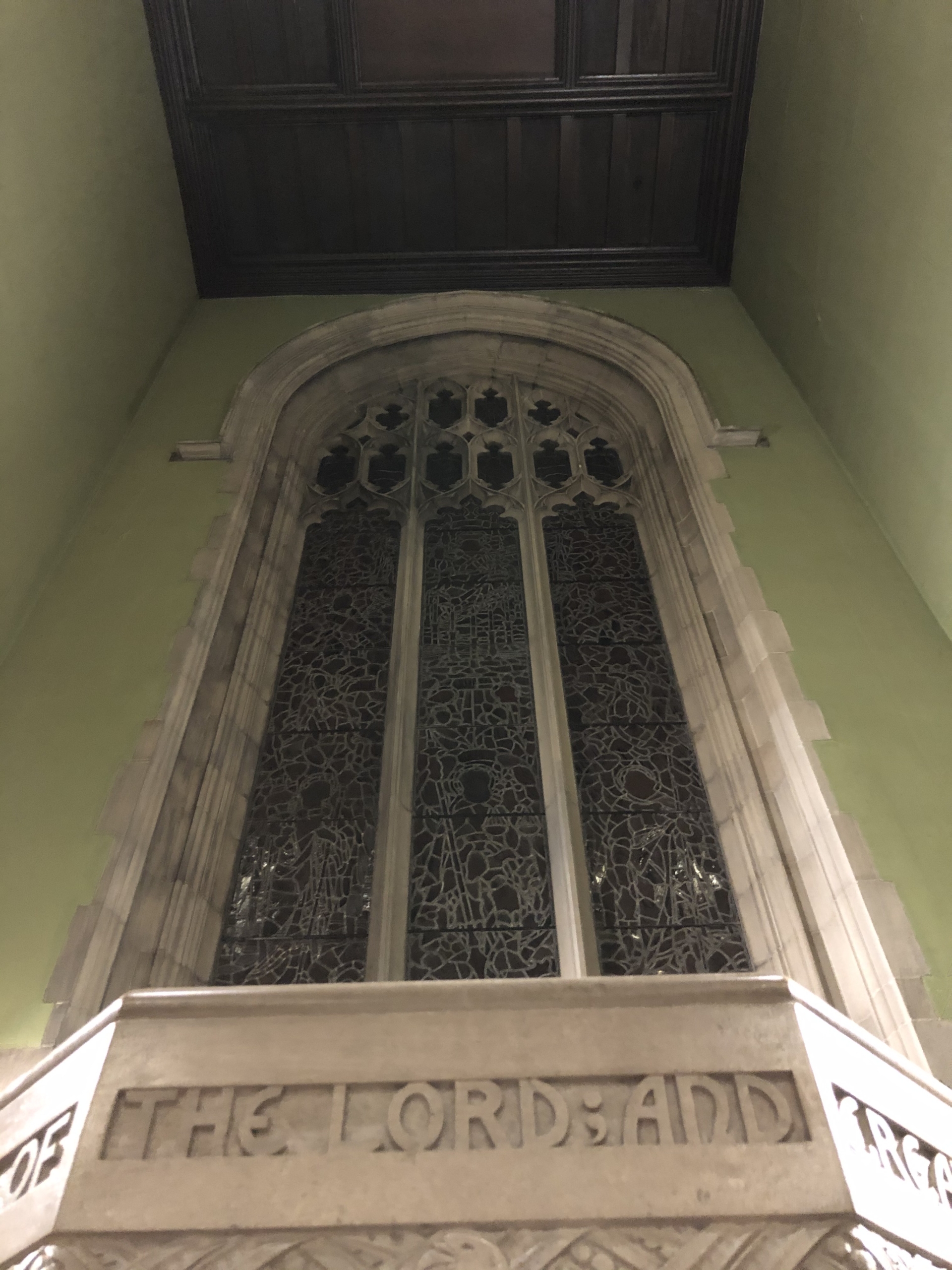 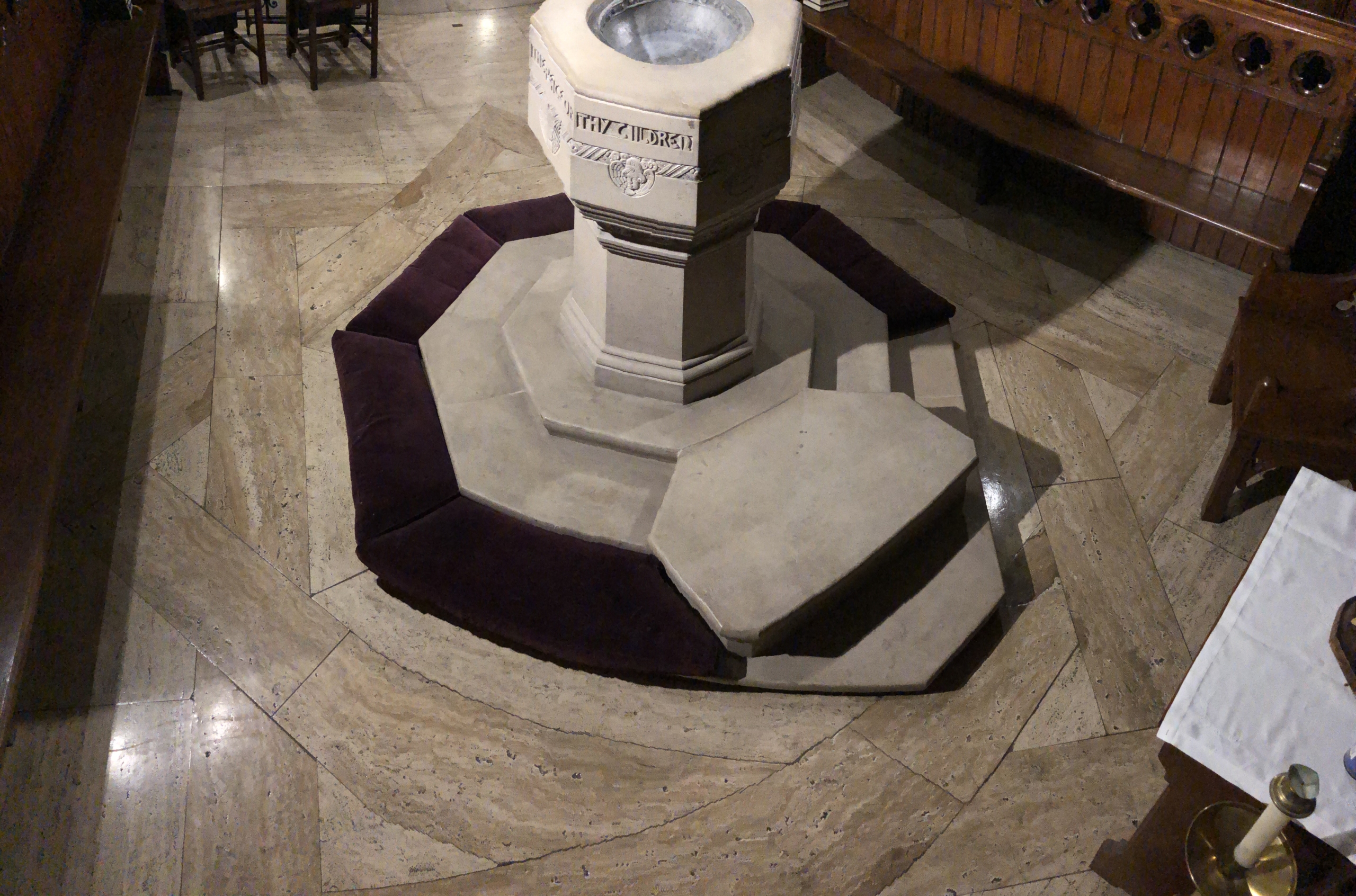 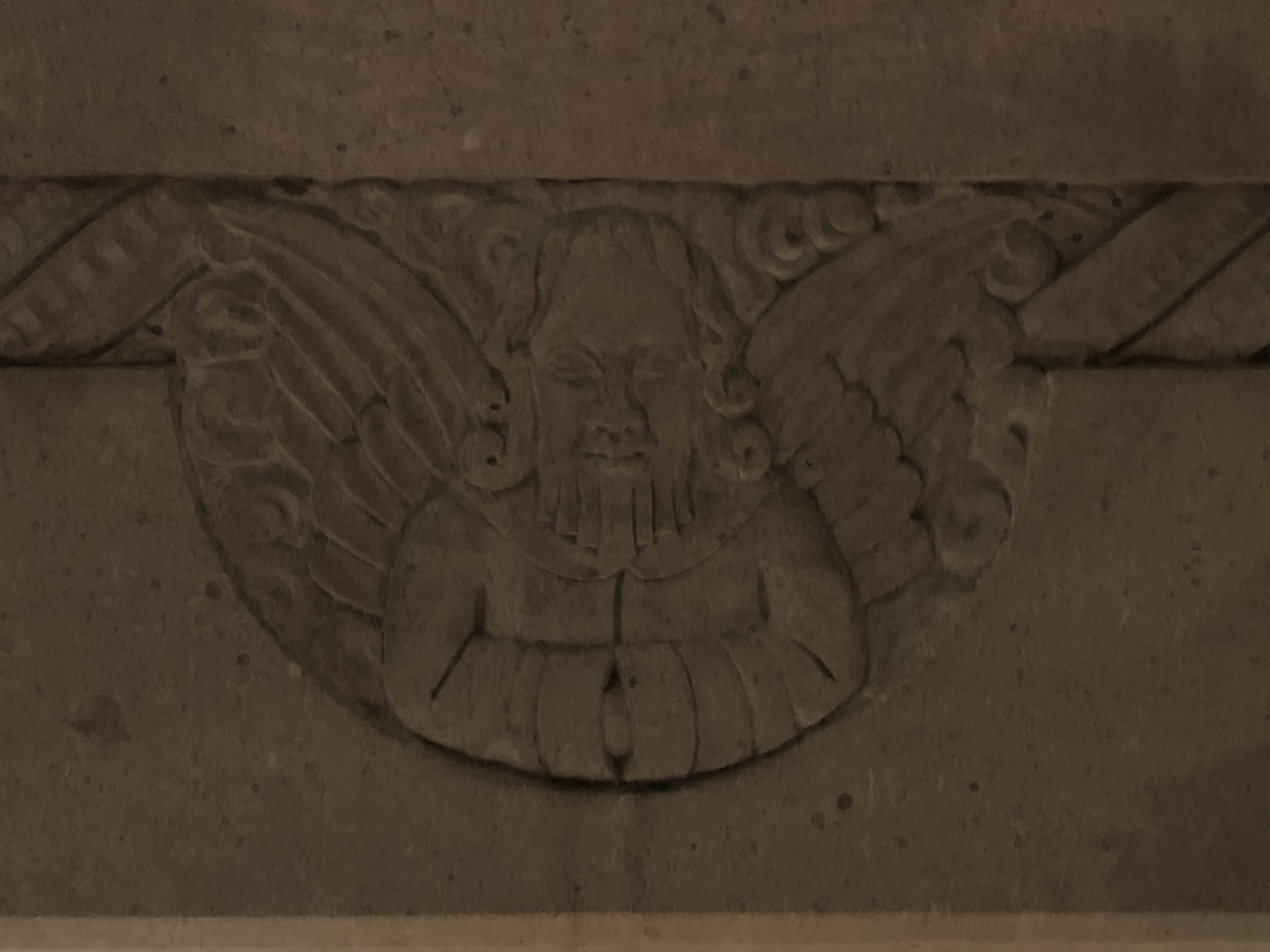 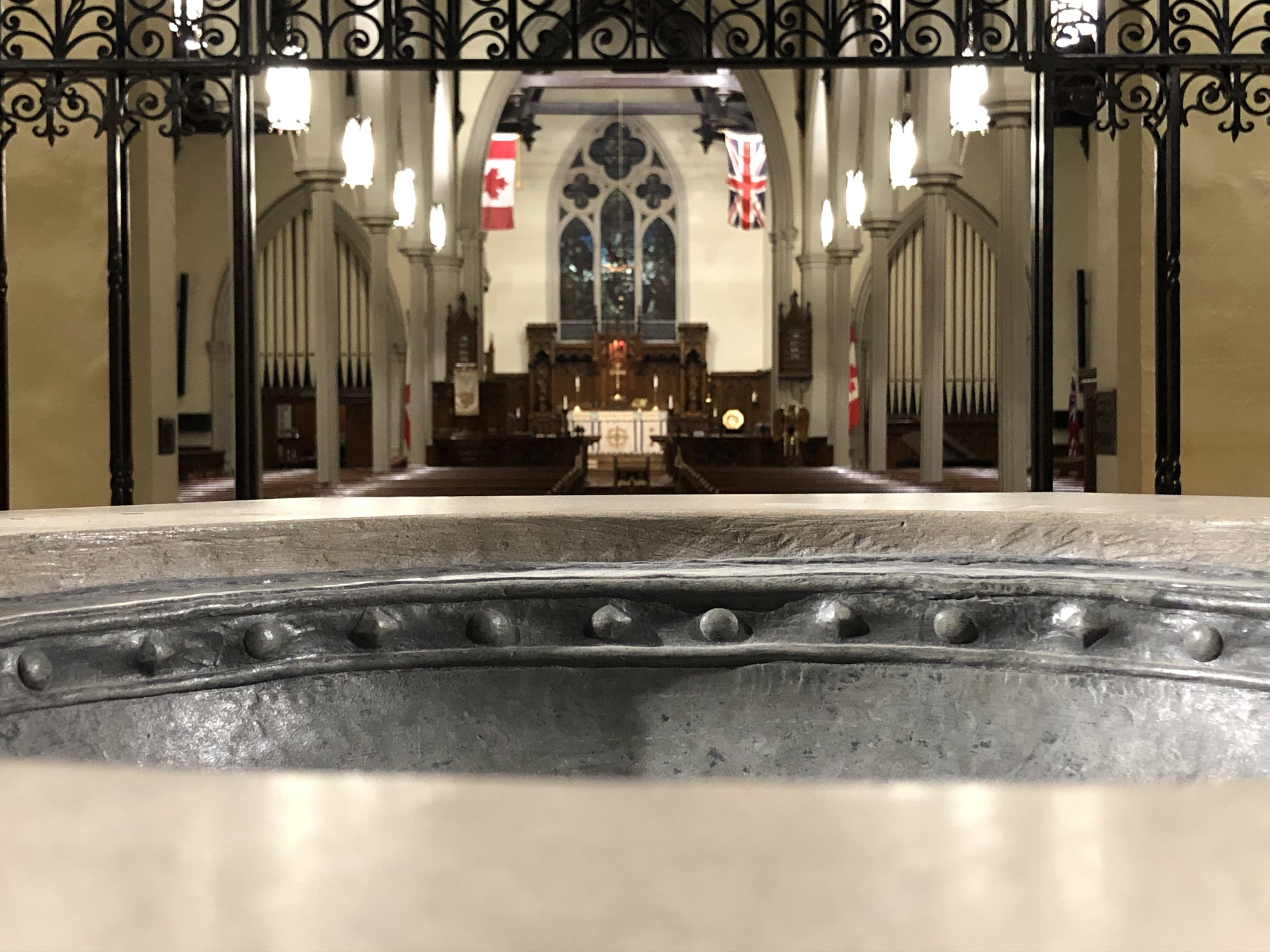 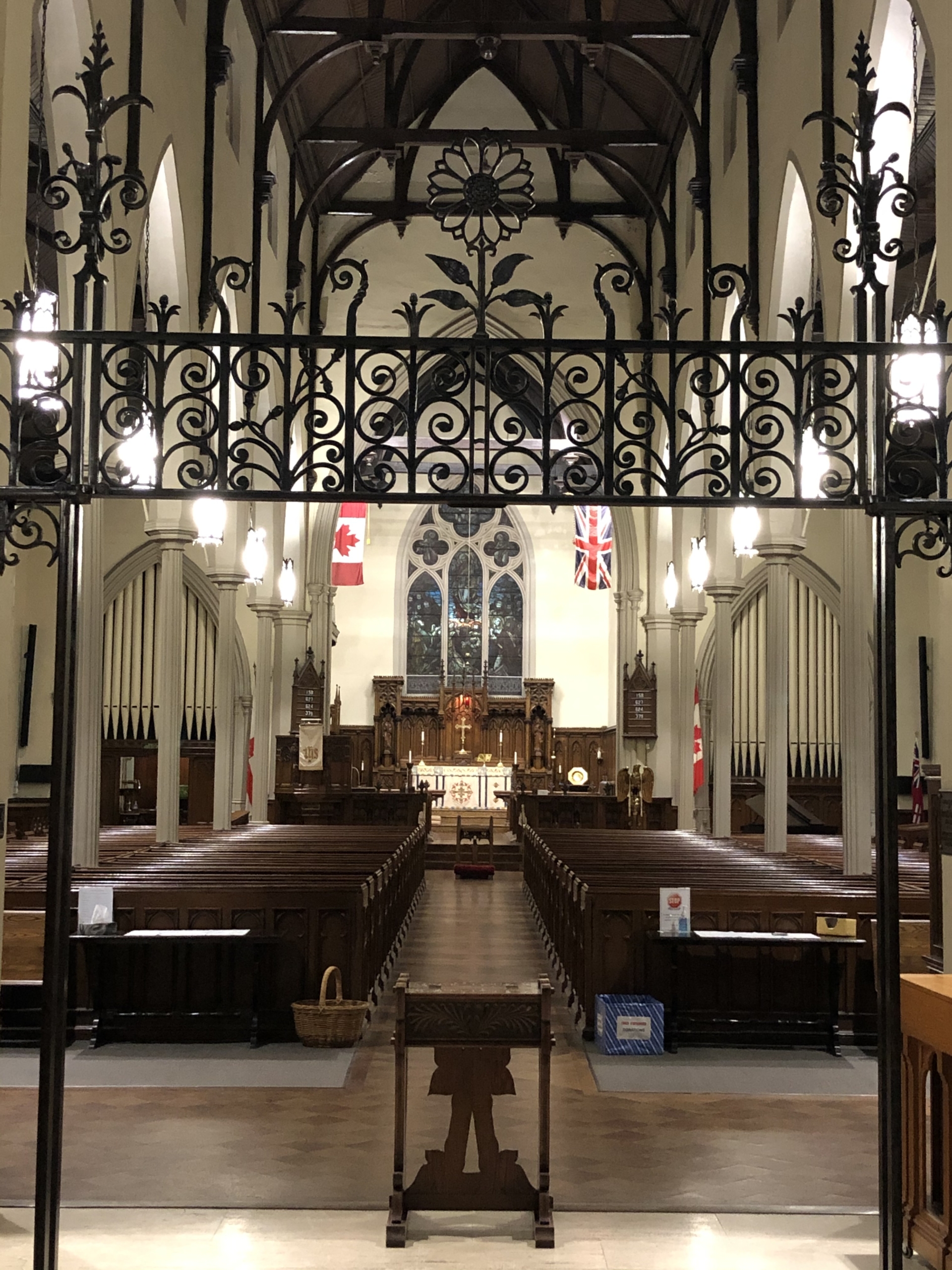 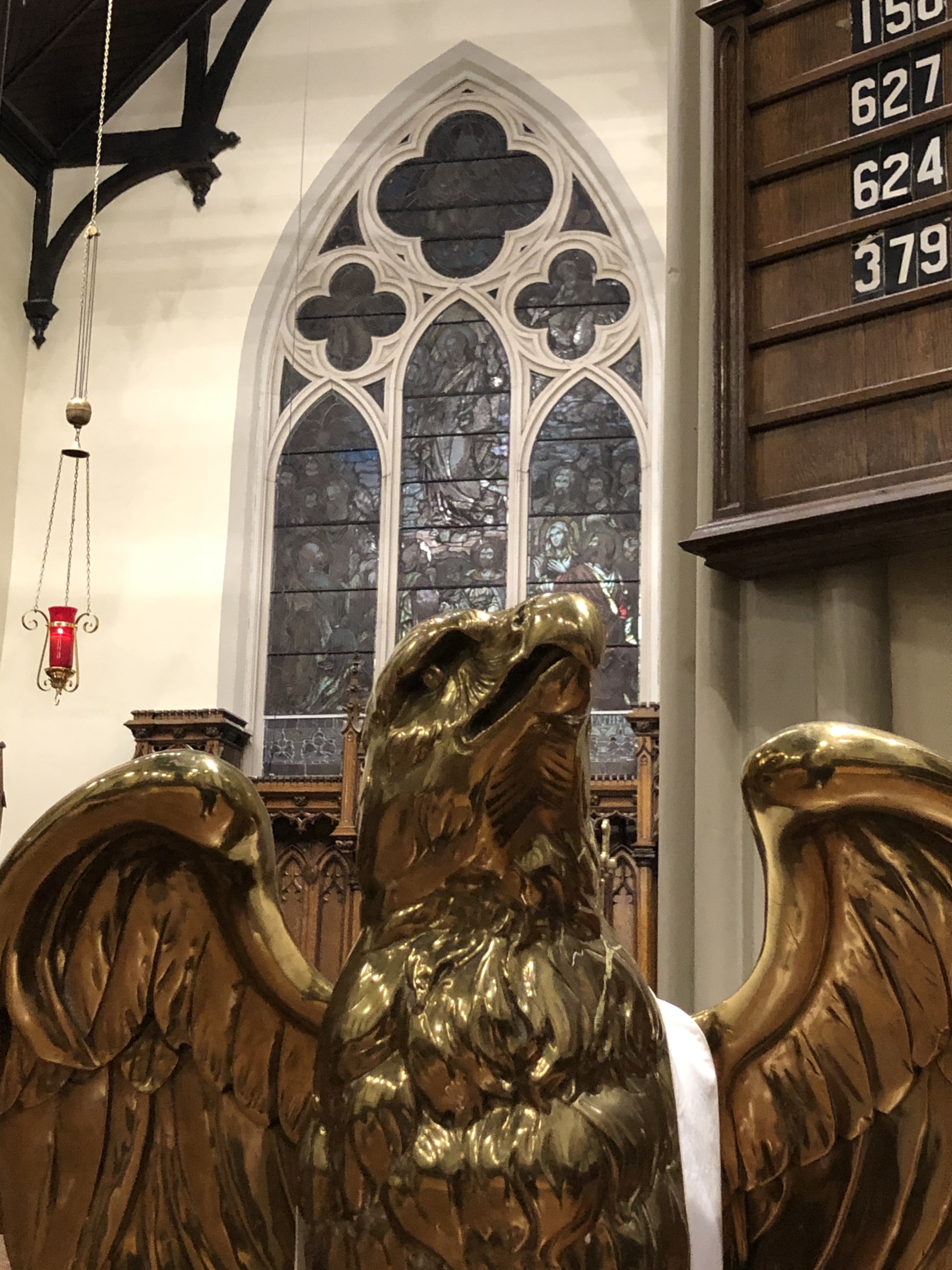 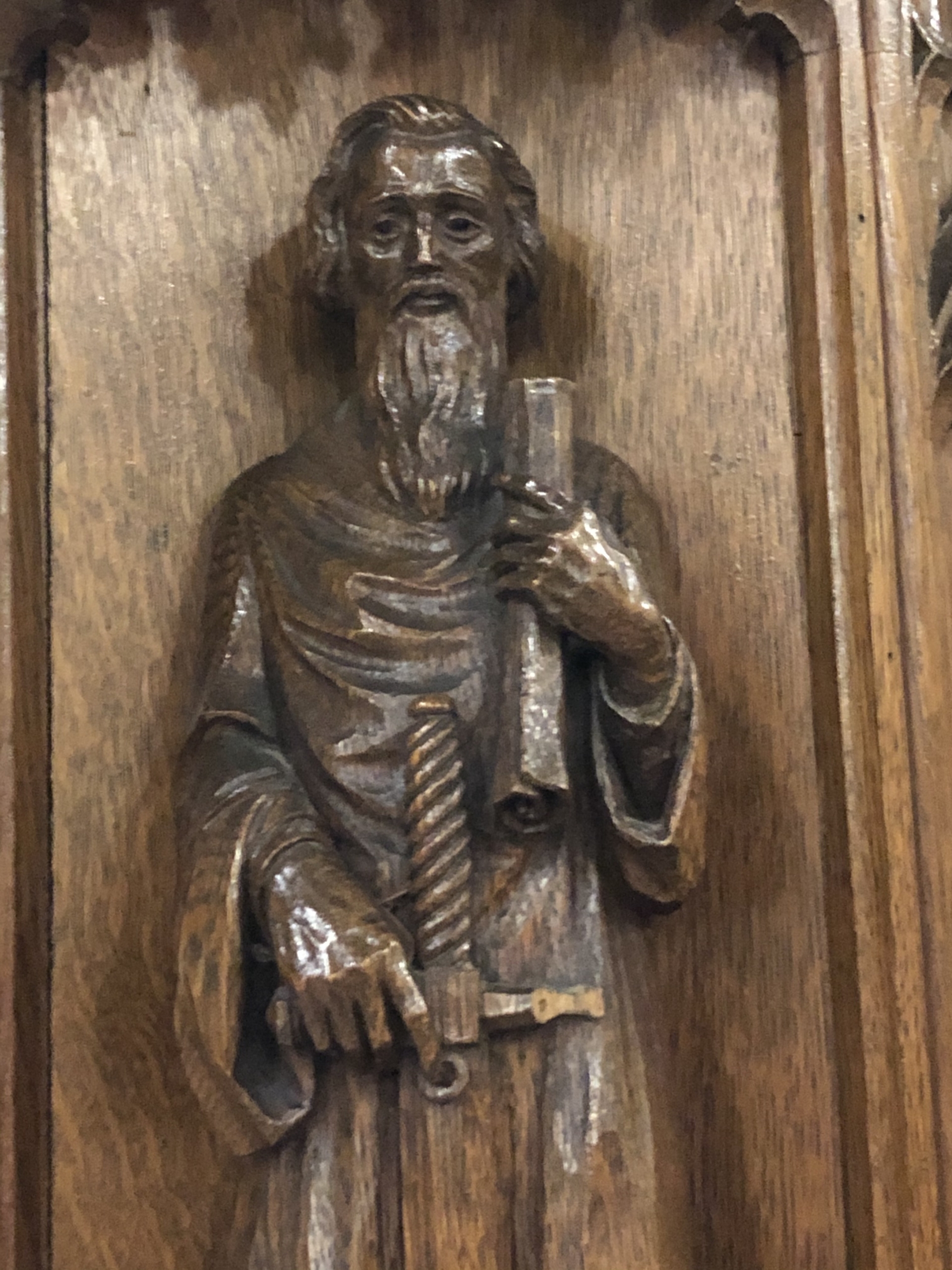 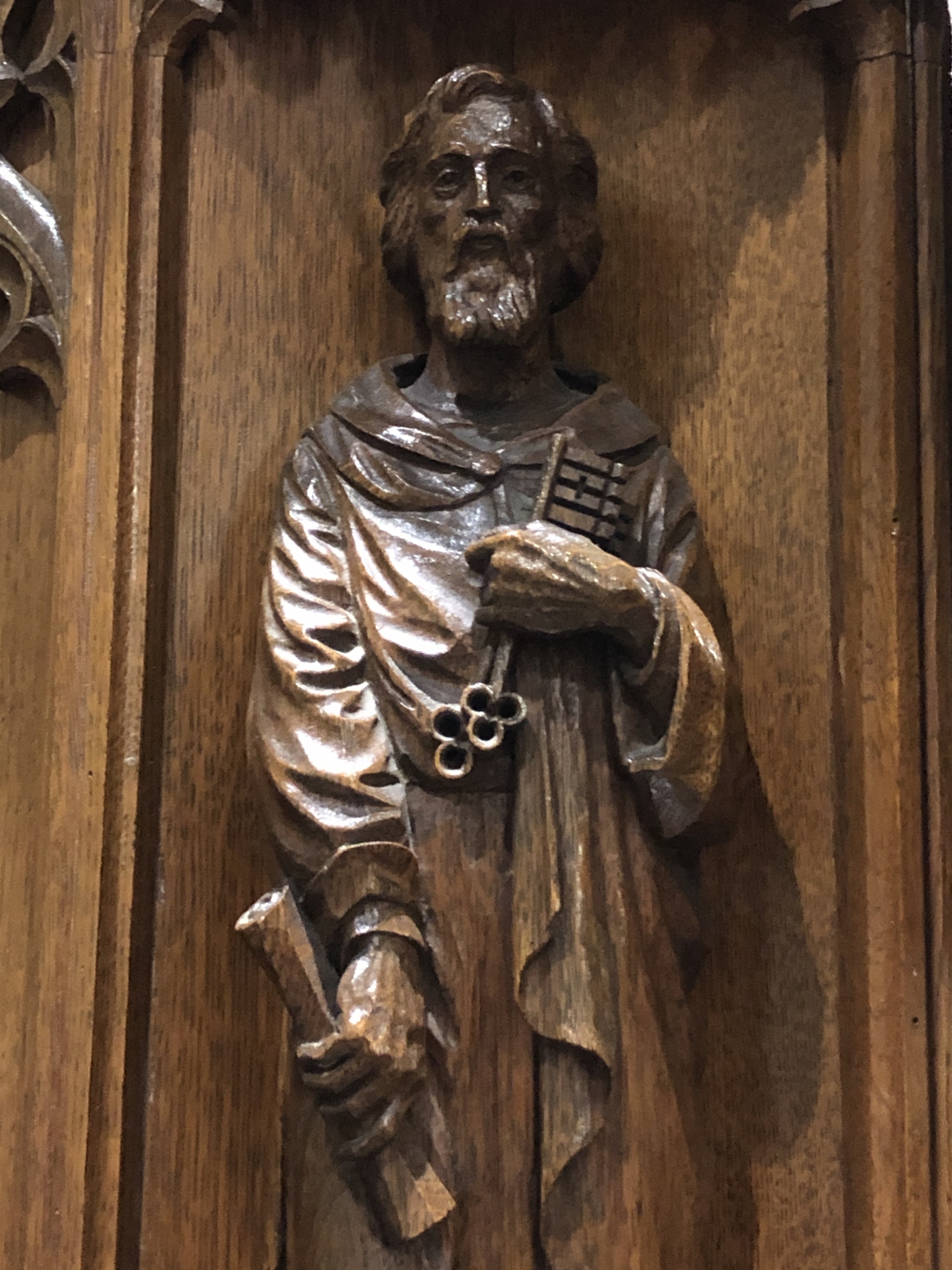 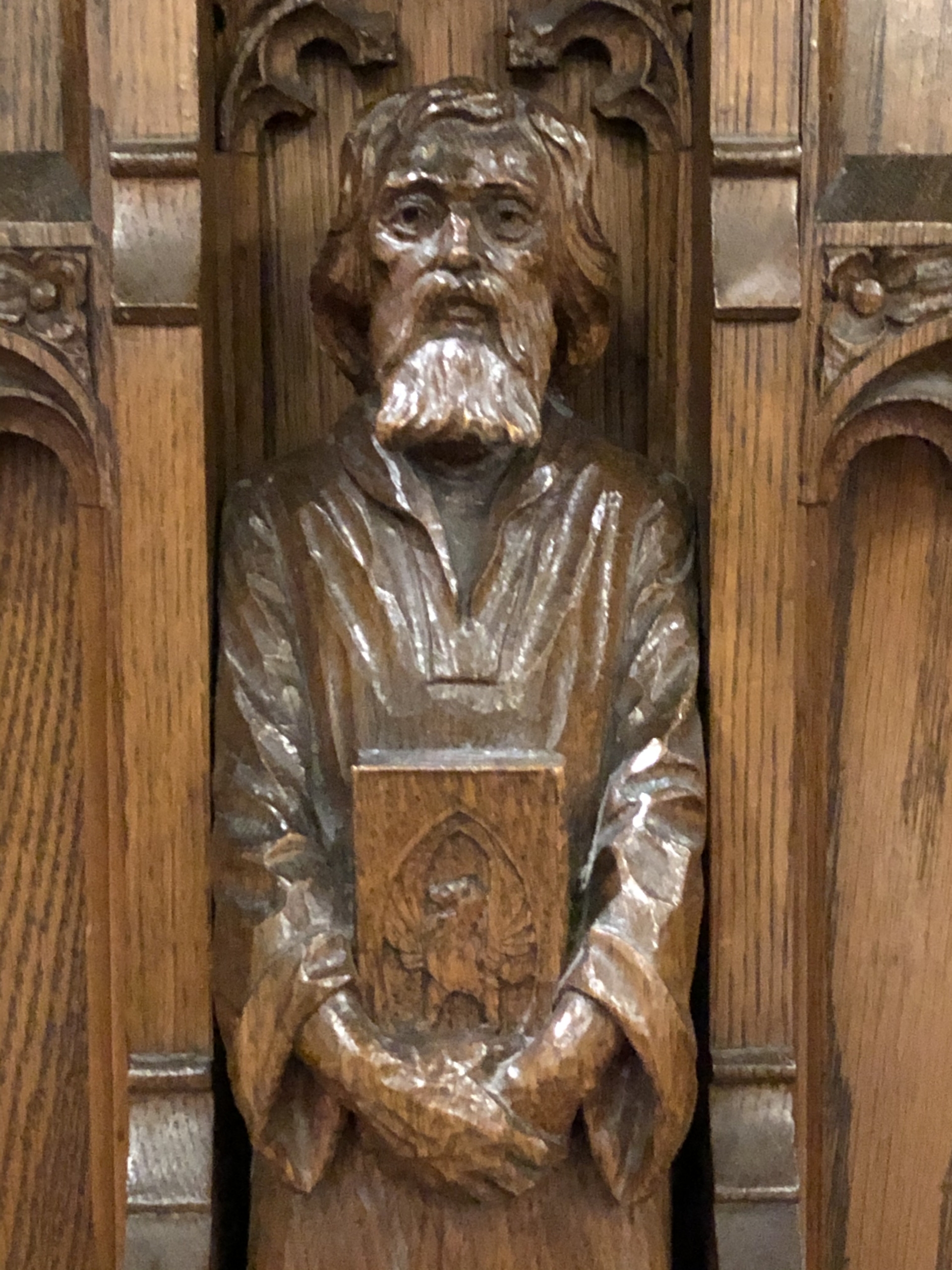 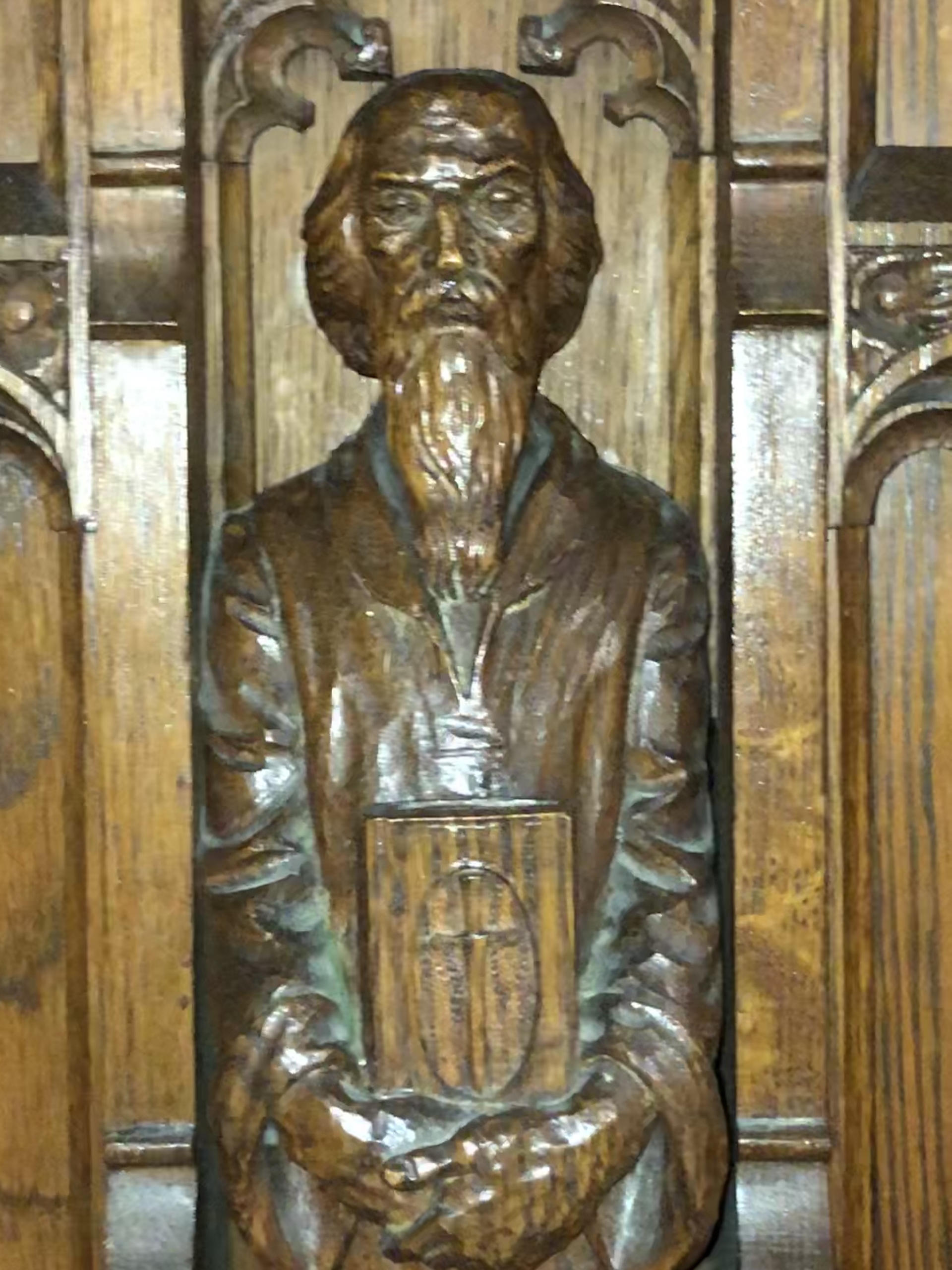 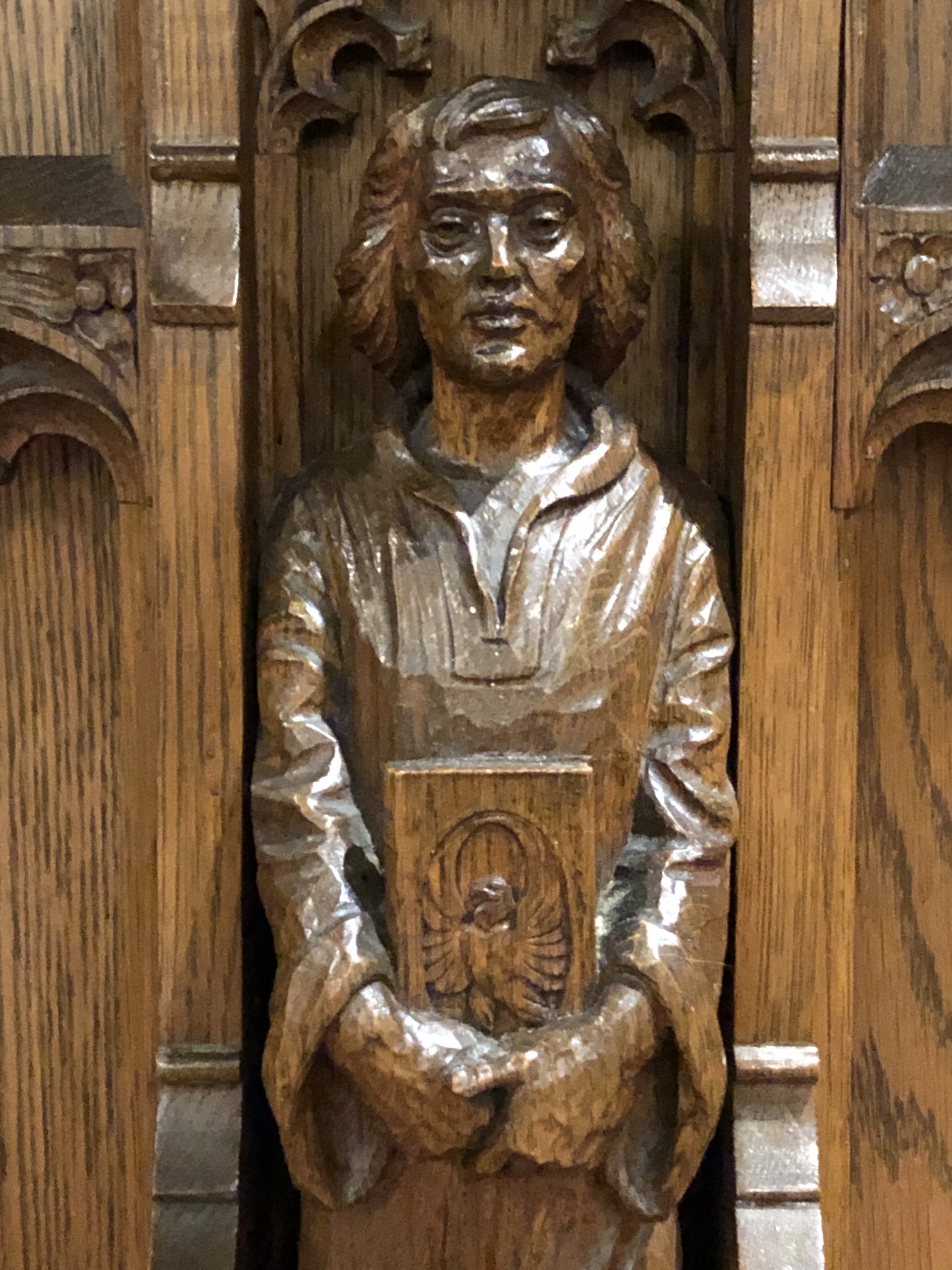 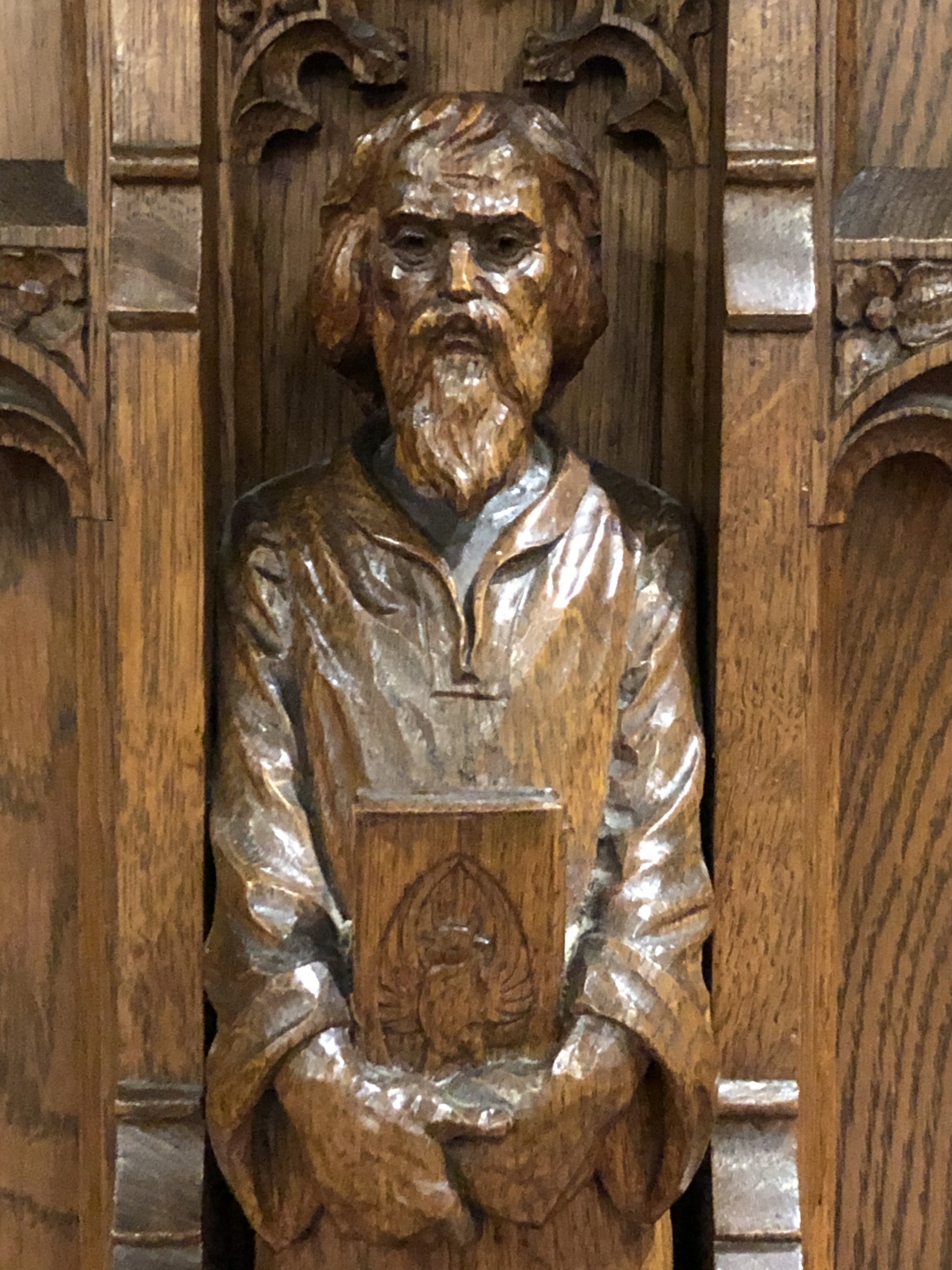 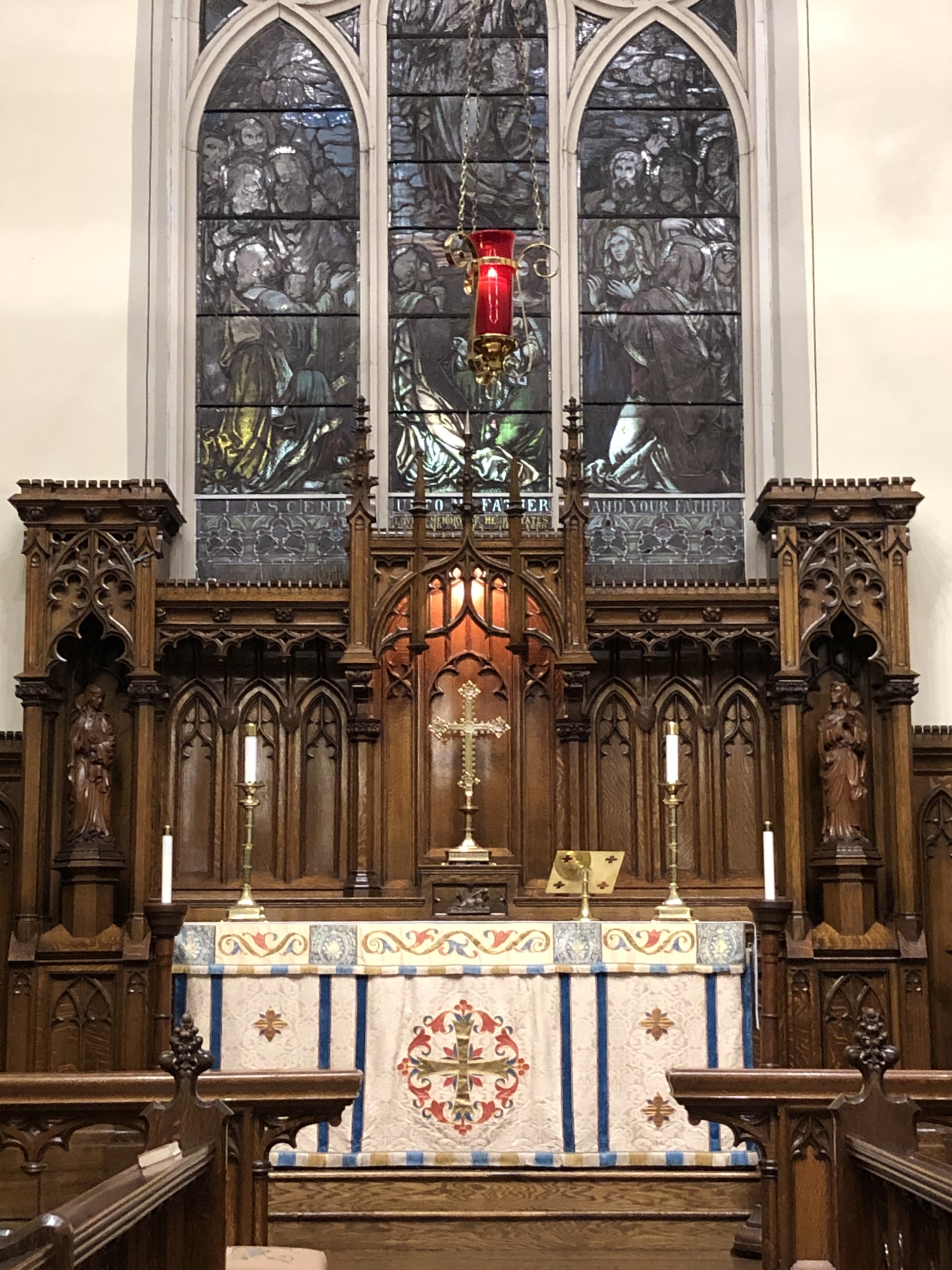 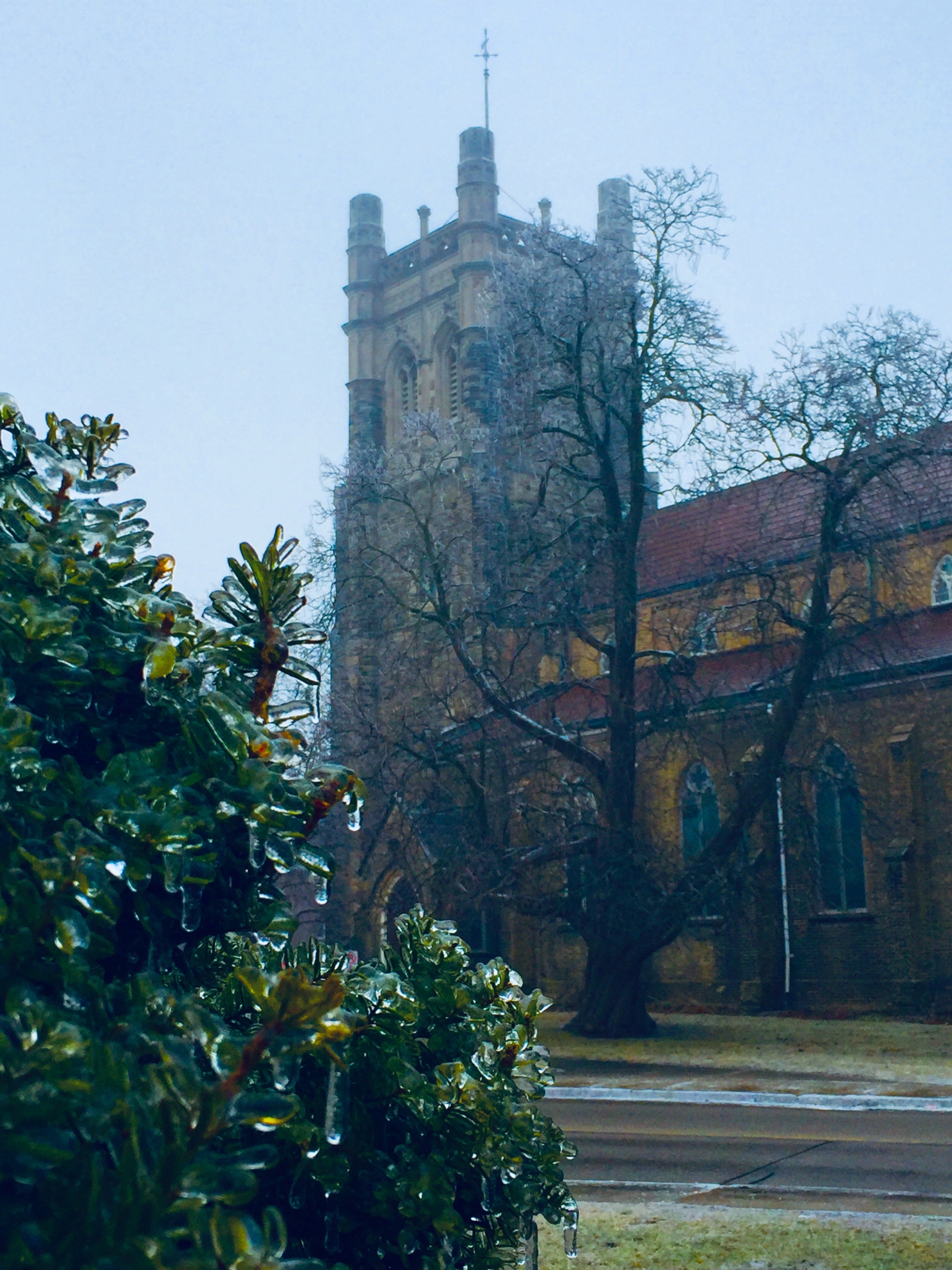 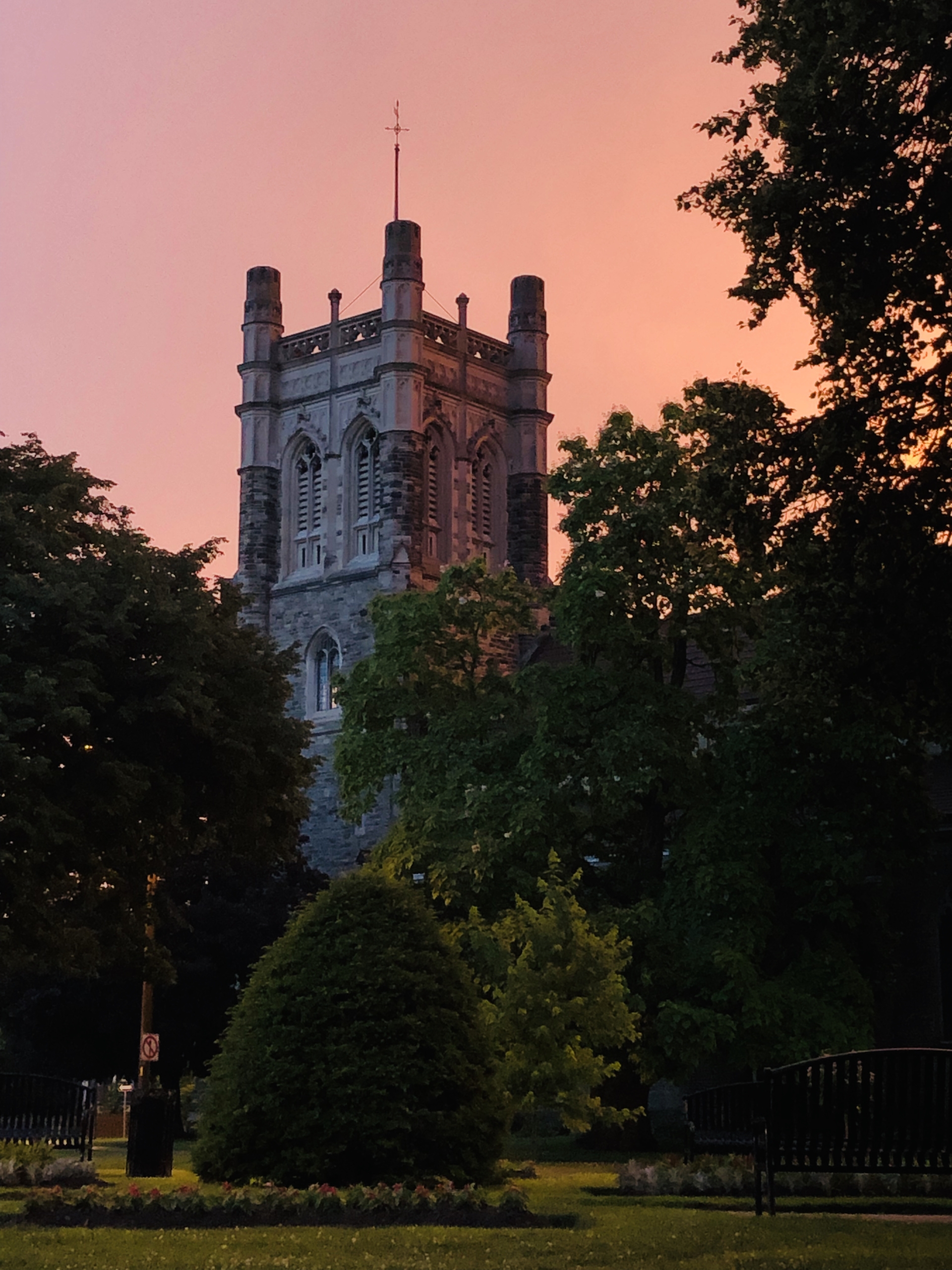